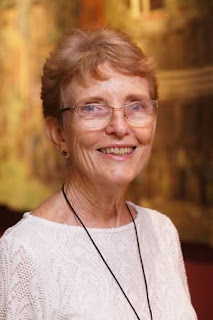 I grew up in Inalåhan in the 1950s when historical knowledge was limited to the celebration of our American heritage, where we studied American heroes such as George Washington and Abraham Lincoln. The CHamoru people were proud of their Spanish heritage, where white skin and long noses were signs of beauty. Ancient times were referred to as “tiempon antis de mannungu’ hit” or the time before we had knowledge. Schools celebrated international cultures instead of our own CHamoru culture. In sixth grade, our CHamoru principal taught our class a short hula dance where we wore muumuu dresses and kept rhythm with bamboo whisks while a hula-trained classmate danced to the tune of “My Little Brown Gal”. During family parties, old people danced the batsu and sotis while we youngsters giggled at them. The jukebox at the store next door played Elvis Presley singing “Teddy Bear”, and jitterbug was the favorite dance of the teenagers. We were becoming very Americanized, turning our attention to the “mainland” U.S.A.; no longer connected to our fellow Pacific Islanders.
The rise of minority and indigenous rights reached our shores in the 1970s, and the renaissance of CHamoru pride flourished. The most visible manifestations of CHamoru cultural pride were expressed in the arts. Re-created “ancient” CHamoru dance began in the 1980s. By this time, I was working as a folklorist at Guam Council on the Arts and Humanities Agency. While identifying, documenting and promoting CHamoru traditional arts and practitioners I became aware of an exciting grassroots movement that helped youngsters learn their ancient history and culture through dance, and to feel pride in their heritage. Through many interviews with early practitioners of re-created CHamoru art, I learned that they were influenced by indigenous people they had met while attending schools in the states. They were bringing these inspirations back to our island and were challenging us to look at our own history and culture.
The Festival of Pacific Arts or FestPac began under the South Pacific Commission in 1972. Our governor’s office had sent representative artists through Pacific community invitation. However, we were so out of touch with our indigenous heritage that we often sent modern dance or colonial-influenced musicians to represent us. It took us years to reconnect a meaningful relationship with our Pacific brothers and sisters. FestPac was the main inspiration and conduit that reunited us with our Pacific heritage! Our successful hosting of FestPac 2016 shows that the dedication, creativity and hard work of our artists has given Guam back its cultural heritage. How different would our tourism marketing be today if not for this renaissance! Today our dances, songs, chants and visual arts connect us back to our ancient heritage, before colonization. Every four years, FestPac serves as a touchstone and a verification that we are, indeed, Pacific Islanders! Our artists thrive on representation at FestPac. They have given meaning to our continued existence as a people. They deserve their place and the support of their government to travel there.

________
Judy Flores is a folklorist, historian, artist, and member of CAHA board of directors.